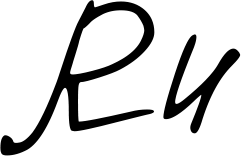 Aesthetically sinful "Zoyka" on Patriarch Ponds was opened by Philipp Golubev (co-owner of PIMS) and Ilya Asterov (they co-own Memo bar, Ilya owns Duran Bar and Syrovarnya Restaurant), they also have Grigory Leps as a partner (we’ve heard about him, right?). Energetic, witty and reflective of various urban mystifications. Artur Shusteriovas (Barpoint, co-founder of PIMS) is responsible for the concept and the metamorphoses. Artem Lyulin, a Barpoint graduate, manages the team and invents distillates (this is a separate important point).

1. About Zoyka
Here, the tightness of the theater dressing room meets the sonority of the drinking room; gold of the expensive beaten plate reflects sunlight into colorful wallpaper, and the sound palette from an invisible conductor is confused in its associations with a Balkan brass orchestra.

4. Zoyka told
The team continues to go wild with the alcohol menu. Here we see distillates, berhymed by the classics from Pushkin to Brodsky, and also viscous tinctures - cherry, zhyonka and varenukha. What stands on a tray near the cherished glass and is commonly known as “antidor” is something indispensable in purifying, not only in a spiritual way. Grape punch, pear kvass, pineapple scrub, and, even, sauerkraut juice, will smooth out the tousled receptors of even the most notorious reveler.
5. And even read...
Even service dramaturgy here implies theatrical irony in addition to the essential hospitality.

Every team member plays his role:

"Impresario" is an entrepreneurial organizer of all the processes necessary for making the place work,
"Concierges" - they are responsible for exceptional comfort and indulgence,
"Litsedei" – they create impressions that many will definitely would like to experience again.

In addition to serving, their role is to declare ridiculous poetry epitaphs and original feverish verses.

6. Zoyk 's friends
Gleb Gaiger, 25-year-old chef, was invited to cook at Zoyka. Someone would like to call him a young star or a young talent, but the time when he was the youngest chef of the “Rappoport’s Restaurants” holding has already passed. Gaiger & Co came up with a bizarre game with “overluxury” segment products to the point of eccentric (we know that the word “overluxury” doesn’t exist but it’s impossible to say it better) for “Zoyka”. He speaks of this concept as follows:
"This is an ultimatum in a luxury tramp style " (known as the Clochard Deluxe format).
Gleb Gaiger, chef (2022)
a
Bolshoy Patriarshiy lane, 8 bld. 1, Moscow
+7 (495) 103 10 03
@zoykarest
Faithfully yours, Zoyka (2022)